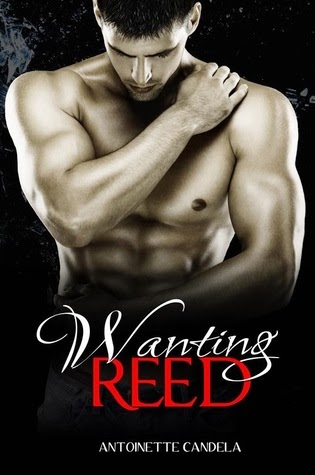 “Love is giving someone the power to destroy you, but trusting them not to.”

How do you live with yourself when you are the reason you lost the one thing that meant the most to you.

Timing is everything and for Reed, he can never seem to catch a break. When Reed returns to Boston to redeem himself he finds that Elle has already moved on, building a new life, a new beginning. He needs her to know that he meant every word before he left, that he never meant to leave her. Will he ever get that chance to tell her?

How do you love again when the one person who made you feel like you were his whole world left you with a broken heart? Hoping that life and new friends could keep her memories and feelings for Reed at bay, Elle chases life and all that it has to offer until she is confronted with heartbreak again.

Is time and space enough to get past losing your once in a lifetime or will Elle be always Wanting Reed? 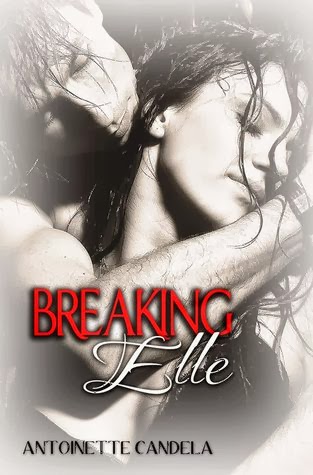 How is it that the one person who you have avoided is the same person who could give you true happiness?

When Elle Bennett meets Reed Austin she can't deny the attraction. She discovers that certain people come into your life who make you question everything that you've ever believed about love and life. Will she risk everything for something exciting and dangerous or will she choose what is familiar and secure?


Reed Austin isn't looking for love when he moves to Boston. The distance was supposed to help him escape the trouble he left behind. Once he meets, Elle, everything changes. Reed can't figure out why he's drawn to Elle, but one thing is certain - he needs her.

Passion. Betrayal. Solace. Confusion. Desperation.
Love and life are not simple and emotions and relationships are tested.


Will attraction be enough or will their secrets and past keep them apart? 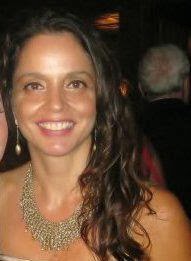 Antoinette Candela is a little shy with a larger than life personality. Suffering from Peter Pan syndrome, she refuses to grow up. She finds inspiration for her writings from everyday life, through her fun and quirky interactions with friends and family and the drama that never ceases to disappoint.

One thing is for certain, Antoinette lives by her own rules. As a Bostonian she loves the Yankees and is proud to wear her “I Love Derek Jeter “T-shirt. You can catch Antoinette on the beach soaking in the rays, but when the rumble of the thunderstorm rolls in, she’s curled up with a book or tapping away on her keyboard.

Mother, Writer, Reader, Lover of Music and all things learning, Antoinette is the charismatic author of Breaking Elle.

You might think you know Brad’s story, but think again. There’s so much more to his story than what Valerie told. See Brad before Valerie came into his life and, when he was playing back burner to Ethan, see what Brad was up to when no one else in the band was looking.
Valerie might have thought she and Brad were inevitable and maybe, in the back of his mind, Brad might have felt that way too, but he didn’t just sit around waiting for her. See the secret side of Brad that you had no idea existed. What kept the driving force behind Fully Automatic focused even while his heart was breaking?

That was when it was time to make his move.  He let the confident feeling surge through his veins, and he stepped closer to her, close enough to touch her.  “That’s not the main reason why I came back here, though.”  He waited a few seconds to let his words register with her and then he said, “We have a little unfinished business.”

She seemed so innocent in that moment.  “We do?”

Yes, innocent maybe, but not unwilling.  He leaned over and took her face in his hands, lifting her lips to his.  He kissed her, as gently as he could allow himself to, but, goddamn, it was difficult.  He’d been imagining this moment for months now, and he wanted her badly.  Way too badly.  Fuck.  He should have jerked off in the shower, because controlling himself was going to be harder than usual.  Would losing his load have helped?  He didn’t know, but he had to stop thinking about that right now.

It was hard, though, because she tasted so sweet, and her response was just as he’d imagined.  She parted her lips and took him in.  Yeah, she was willing and eager, and all that did was fuel his fire.  She was feeling it too, that weird attraction between them igniting into something bigger than he’d expected, something he knew he’d be lucky to control.  Still…he kept his breathing (and his cock) under control for the meantime and ended the kiss.  Oh, fuck.  And she placed her hands on his pecs as though to steady herself.  It took her a few seconds to open her eyes, as though she’d been transported.  When he had her full attention, he said, “Unfinished, right?”

She gave him a tiny smile, sweet and naïve, and seemed to give the tiniest of nods.  Well, she wasn’t pushing him away.  In fact, she seemed breathless and expectant.  He wasn’t going to disappoint her, so he kissed her again, and he would have sworn it was magic.  Okay, so he never would have said something like that to one of his friends.  Ethan would have called him a pussy if he’d even known Brad had been thinking something like that.  But it was, though—it was more than just a kiss.  It felt like they deepened their connection in that moment, like he could see inside her soul and, yes, she was pure and light and everything he could ever want.

He knew her response was a sign to move forward, so he wrapped his hands around her waist and pulled her close.  Fuckin’ A.  She smelled so goddamn good and felt so right up next to him.  She moved her hands onto his neck and then slid them up into his hair, driving him insane.  Jesus…he wanted to fuck her right there, but he knew a girl like Val would need finesse.  And he wanted to give that to her.  He wanted her to know she wasn’t just a cheap lay for him.  Still, he wanted to move the proceedings forward, so he slid his hands down to her ass, using it as an excuse to press her harder into his body.

And her fingers in his hair.  Shit.  She was driving him fucking crazy.

Her breathing got deeper, so he knew he was on the right track.  He couldn’t hold it back anymore and just let the blood flow straight to his cock…like he’d be able to stop it anyway.  He moved his lips to her neck and not only did she let out a sigh, he could have sworn he heard a moan.  Fuck, yeah.  He didn’t know that a girl had ever done that before they’d actually engaged in the real deal.  He moved a hand up underneath her shirt, feeling the bare skin above her jeans, and he heard her breathing quicken again.

It was then, though, that she took a hand out of his hair and placed it firmly on his chest.  No.  Fuck, no.  If he was reading her right, she was putting on the brakes.

He opened his eyes and looked in hers.  “Stop?”

Why was she changing her mind?  Was that really what she wanted?  He had to try one more time.  He kissed her again.  Yeah, there were those sparks.  Could she deny them?  “Stop that?”

“You don’t seem so sure…”  He pressed his forehead on hers and bore into her eyes with his.  He wanted to understand.  “What’s wrong?”

She moved both hands to his chest.  She wasn’t pressing against him as if to push him away, but they seemed to ground her.  “I…It’s not you, Brad.  Oh, God, it’s not you.  I swear.  I want you bad.”

That’s what he’d thought.  “So why not?  If you’re worried about birth control…”  He wasn’t going to be irresponsible.  She had to know that.

“Virgin?”  He knew it even before she nodded her head.  “Oh.”  He nodded too as if to process the information.  “Oh.  Yeah.  Uh…your first time should be…special, right?  At least, for girls.  I didn’t give much of a shit.”  He didn’t know how to do that for her, not right now, anyway.  He was nearly out of his mind with desire, and she was pulling the plug.  He needed a bathtub of ice water to jump in.  She giggled and, in spite of his feelings of desperation, he found it endearing.  But then it dawned on him.  Fuck.  He had to know.  As much as it was gonna hurt, he needed to know.  Her eyes all but said it, but he needed to confirm it.  “That’s not it, though.  It’s Ethan, isn’t it?  You still care about him.”  She didn’t say a word.  She didn’t need to.  It was written all over her face…

GOODREADS / FACEBOOK / WEBSITE
Jade C. Jamison was born and raised in Colorado, moved from one city/town to the next, and she’s decided she likes it so much she wants to stay…although travel is not out of the question. She lives in a big town in Colorado (not unlike Winchester!) with her husband and four children. She is working on becoming a crazy cat lady. Okay, so maybe not.
Still want more? Jade has a bachelor’s degree in English Literature and Theater, a master’s degree in English, and a master of fine arts in Creative Writing. Obviously, she loves school and the student loan folks love her. She works in human services by day, teaches English and creative writing at night, and—in between playing soccer mom and community leader—writes like a friend. Someday soon, she’ll narrow it down to just writing, but let’s get all those kids off to college first. 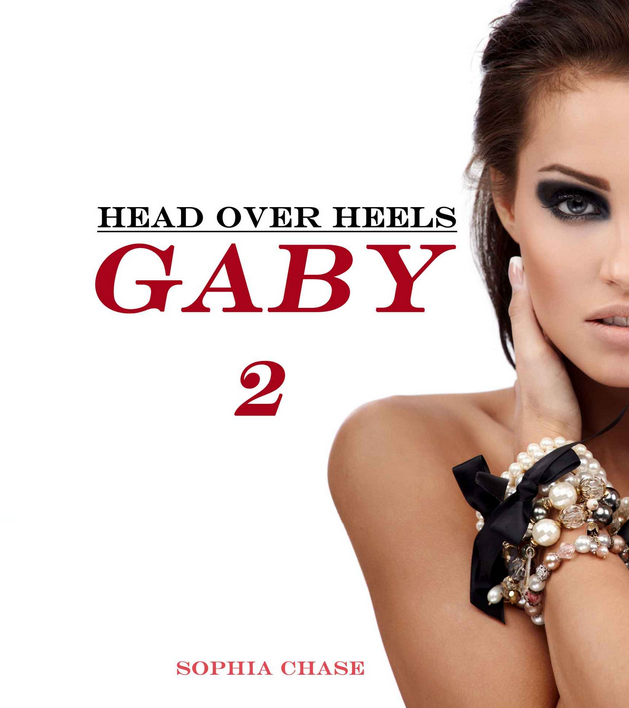 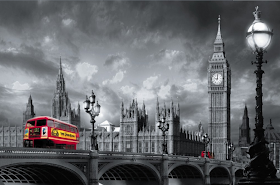 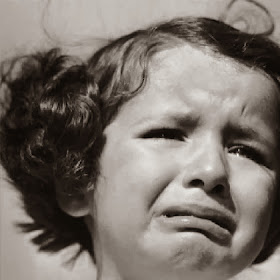 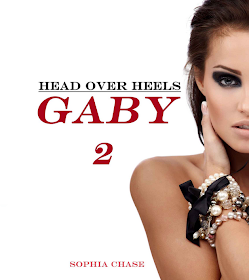 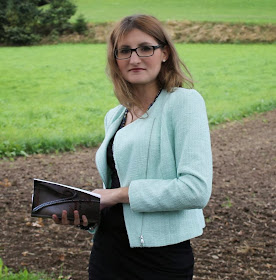